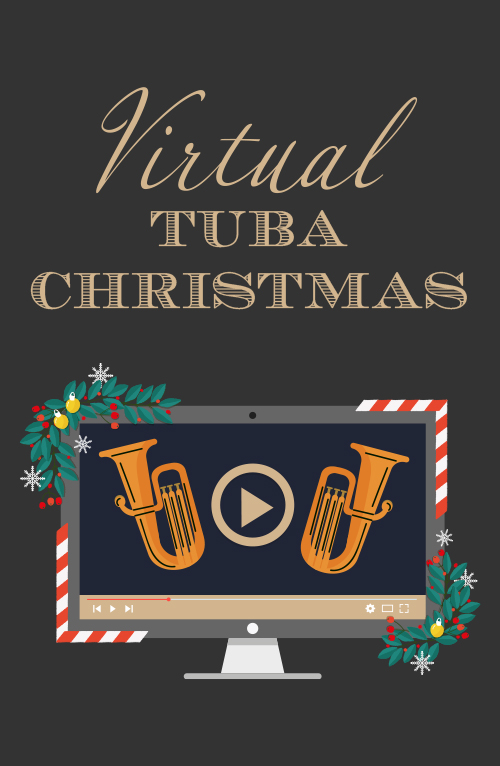 TubaChristmas is a celebration of the holidays as tuba players come together and perform a variety of Christmas classics. The various sizes and sounds of the instrument along with the spirit of the musicians make this event extraordinary. Last year nearly 100 tuba players performed for a large audience. This year due to restrictions, and for the safety of the talented musicians, less than 30 tuba players will socially distance on the Concert Hall stage and perform to a limitless audience as the concert is live-streamed digitally.

The idea for TubaChristmas was conceived in 1974 by Harvey Phillips as a tribute to his teacher and mentor, William J. Bell, born on Christmas Day, 1902. The first TubaChristmas was conducted by Paul Lavalle in New York City’s Rockefeller Plaza Ice Rink on Sunday, December 22, 1974.