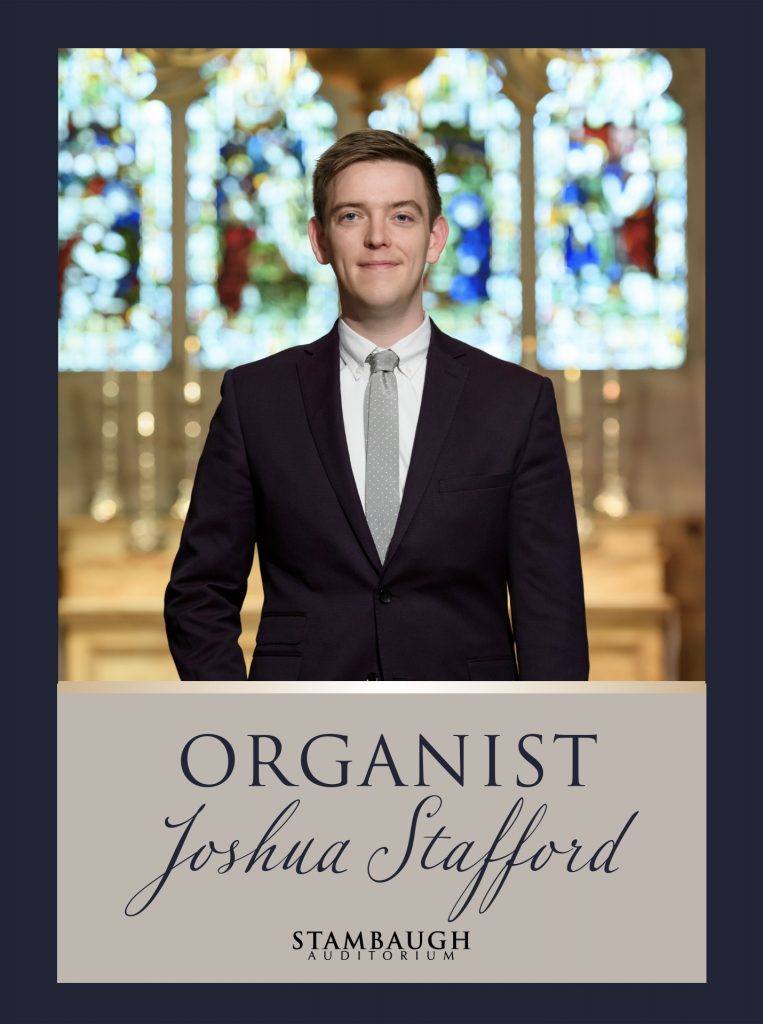 Stafford is an accomplished recitalist, improviser, and choral accompanist, and has performed at many notable venues, including the Wanamaker Organ in Philadelphia, the National Shrine of the Immaculate Conception in Washington D.C., Philadelphia’s Kimmel Center, and Spivey Hall in Georgia. His technique and musical engagement won him the Pierre S. du Pont First Prize Winner of the 2016 Longwood Gardens International Organ Competition. A number of his performances have been aired on Minnesota Public Radio’s Pipedreams and WRTI’s Wanamaker Organ Hour. In June of 2018, Stafford debuted a transcription for organ of Stravinsky’s Firebird Suite accompanying the animated film “Who Stole the Mona Lisa” at The Kimmel Center in Philadelphia.

A native of Jamestown, New York, Stafford studied at both Curtis Institute of Music and the Yale School of Music.  In the Fall of 2019, he was named Interim Organist for the Chautauqua Institution for the 2020 Summer Season. Joshua Stafford is represented in North America exclusively by Phillip Truckenbrod Concert Artists, LLC.