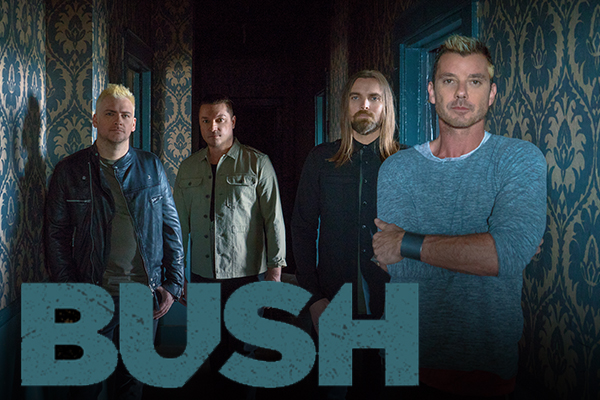 On Sunday, September 30, Stambaugh Auditorium will present British rock band Bush. Tickets for the multi- platinum selling band led by Gavin Rossdale, will go on sale this morning at 10:00 AM. Reserved seats range in ticket price from $40-$60 plus applicable fees.

In 1994, Bush found immediate success with the release of their debut album, Sixteen Stone. By the end of December, Bush’s “Everything Zen” video had landed in MTV’s Buzz Bin and the album began to take off; by spring of 1995, the record had achieved gold certification. Other hits from the band’s debut album in- clude “Comedown,” “Glycerine,” “Little Things,” and “Machinehead.” Bush was the first post-Nirvana British band to have success in the states.

Tickets for the 7:30 PM show will be sold through the Florence and Ward Beecher Box Office at Stambaugh Auditorium. Order by phone at 330-259-0555, online at stambaughauditorium.com, or in person. The box office is open Monday through Friday, 9:00 AM – 6:00 PM.