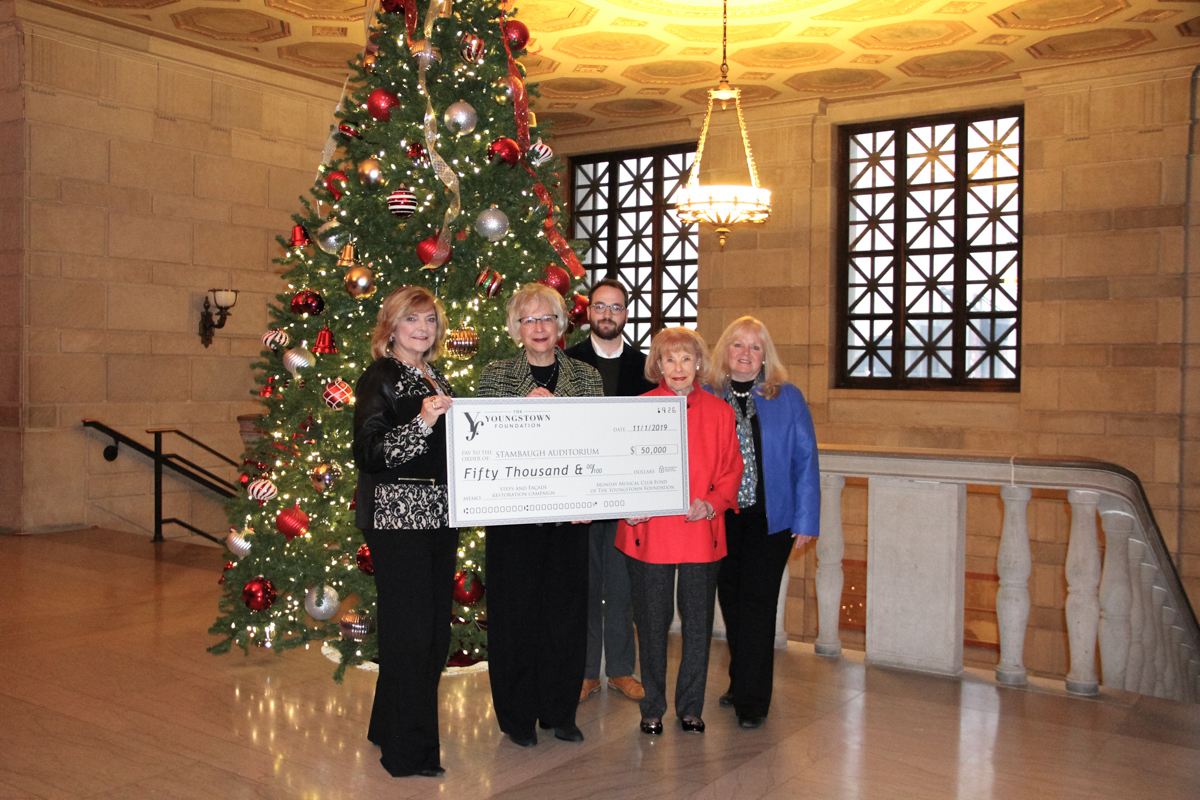 For Immediate Release:
Youngstown, OH (December 23, 2019) – Stambaugh Auditorium has received a grant of $50,000 from the Monday Musical Club Fund of The Youngstown Foundation to support the Monumental Staircase and Facade Restoration Project. The goal of the staircase and facade restoration project is to return the monumental staircase, grand entrance and promenade to its original splendor. The cost of the project is estimated at $5 million and will include razing and replacing the Fifth Avenue monumental staircase and promenade, reconstructing retaining walls, cleaning the exterior facade of the building, adding dimensional exterior lighting to the entrances and facades, and restoring all decorative metalwork at the grand entrance.

The mission of Stambaugh Auditorium, a cultural and historic landmark in the city of Youngstown since 1926, is to present events for the enjoyment, entertainment and education of the people of Youngstown and surrounding communities.

The Monday Musical Club was founded in 1896 to stimulate an interest in and a greater appreciation of the musical arts in the tri-county area. Upon its opening in 1926, Stambaugh Auditorium became the permanent home for the Monday Musical Clubs’ activities and hosted such performers as Arthur Fiedler and the Boston Pops, Fred Waring Orchestra, Liberace, Debbie Reynolds, Benny Goodman, Mel Torme, Tommy Dorsey and the Glenn Miller Orchestras, Marvin Hamlisch, Tony Bennett, Sandi Patty, The Manhattan Transfer, Olivia Newton-John, Youngstown’s Maureen McGovern, and many other well-known performing artists.